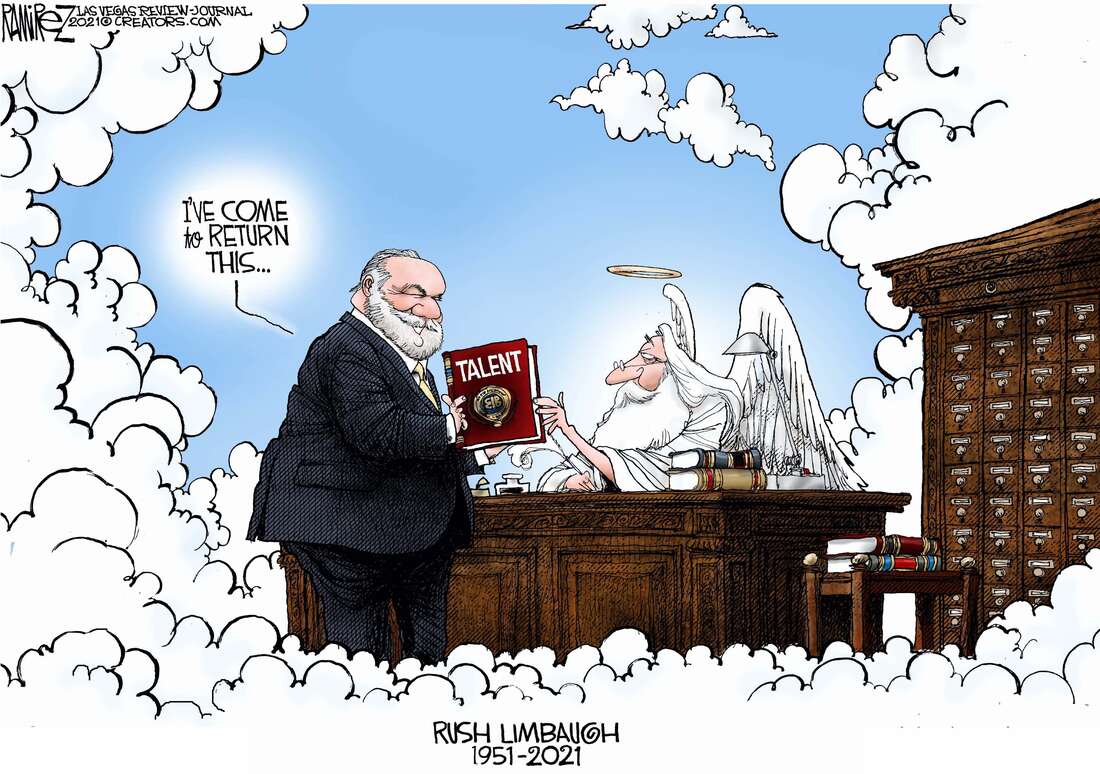 It is with a heavy heart that I announce that Rush Limbaugh has died. He was a voice of reason and a monumental force in our culture, and a patriot and defender of our constitutional liberties.

His conservative voice transformed the arena of politics and brought back talk radio to the forefront of influence. He was the premier voice on AM radio.
Rush spoke for millions of Americans, and represented the spirit of our founding, the constitutional platform from which our Republic was built upon.

His, was a profound voice that cut to the quick. He made it easy to understand the complexities of politics. At a time when information was dominated by liberal institutions and progressive voices on network television, Rush reached millions of Americans yearning for a defense of our constitutional ideas and principles.

He delivered the truth with a great sense of humor, three hours a day, five days a week.
In a torrent of constant misinformation, misdirection and a media driven by a progressive agenda, he was an island of stability, firm ground to stand upon to withstand the deluge of deception.

He was a reliable resource of knowledge and information in an ever expanding unreliable conduit of nonsense in the media and social media. He was a light in the darkness for those of us who were searching to find our way.
In my generation, it was President Ronald Reagan and the golden microphone of Rush Limbaugh and the EIB, that made being conservative cool.

He was a true conservative.
I remember listening to Rush back in the 90's. He did a pretty good impersonation of Bill Clinton but was looking for a someone to fill that job. I recruited Paul Shanklin, who could impersonate anyone (including and annoyingly, me) and we recorded a rewritten version of "Can't get Next to You," except with President Bill Clinton singing the song.
Rush was running my cartoons in the Limbaugh newsletter and we sent him that disc and I asked him to check it out. My friend, Paul has spent the last 28 years doing songs and bits for the Limbaugh show.

Rush was an editorial cartoonist but with words. He utilized humor to deliver profound messages.

I will miss him.

America will miss him.

Prayers and condolences to Kathryn, the Limbaugh family, to his friends and loved ones and to the millions of his fans and listeners.

America is a lesser place without his voice and his wisdom.

For my first book Rush wrote, "Ramirez lances the left with the best weapon of all. Humor. As Ronald Reagan said, 'Just laugh at them.' Mike is second only to me in showing how it's done.'"

We lost a great one today.

Dittos Rush.
-m
Book Michael for your event
Sidestep the search engine gulag and stay up to date with the best news and opinion from our favorite websites: